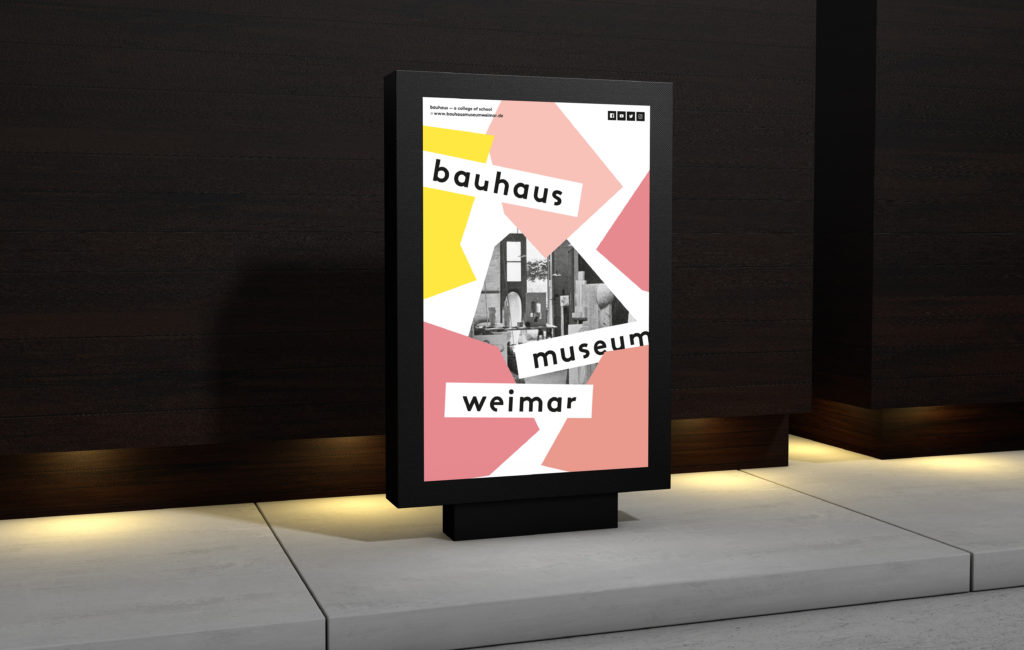 Weimar is the birthplace of the Bauhaus. From 1919 til the removal to Dessau in 1925 it was a place of teaching, discussing and designing for a modern world. On this basis the Bauhaus-Museum Weimar shows treasures of the oldest Bauhaus collection there is. The museum isn’t organised chronologically but let’s the visitors wander through various floors where items are arranged under different aspects – like medium, school director or the type of workshop the pieces were made in. The pieces get detached from each other and arranged newly, so visitors gain a novel perspective of the immense topic that the Bauhaus is. The museum unravels what’s under the surface of the probably most significant design- and art-school of the 20th century and shines a light onto the question to which extent the Bauhäusler changed the everyday life with their designs. In addition to that, the Bauhaus-Museum Weimar also strikes to become a site of open encounters between people. Their spaces can be used multi-purposely.

The one information the visitor is about to get from the Bauhaus-Museum Weimar might be the fact, that the Bauhaus is actually much more than the commonly known white walls, squares and steel pipe furniture. Under the proposition of deconstructing that construct which the Bauhaus became in media, the value of visiting the Bauhaus-Museum Weimar is to realise that there is much more to it — that it’s a building, a school, a community, full of ideas, shaping presence and future. The visitor gets the idea that there might be more layers, more materials, more stuff behind the Bauhaus than glanced at first. This is suggested by the tagline “Bauhaus – a collage of a school”. By being a space of connection and open encounters the Bauhaus-Museum Weimar stands for bringing pieces together in a new way, which is by all means the foundation of a good collage.

Here you can see my approach onto an identity for the museum in Weimar that opened in 2019!

Bauhaus — an identity for a museum